Danny Diaz & The Checkmates were a popular rock band based in Hong Kong in the 1960s. They were part of the Hong Kong beat group scene that included other Hong Kong groups, such as Anders Nelson & The Inspiration, D'Topnotes, Fabulous Echoes, Joe Jr. & The Side Effects, Teddy Robin & The Playboys, Lotus, Magic Carpets, Mod East and Mystics and The Thunderbirds. 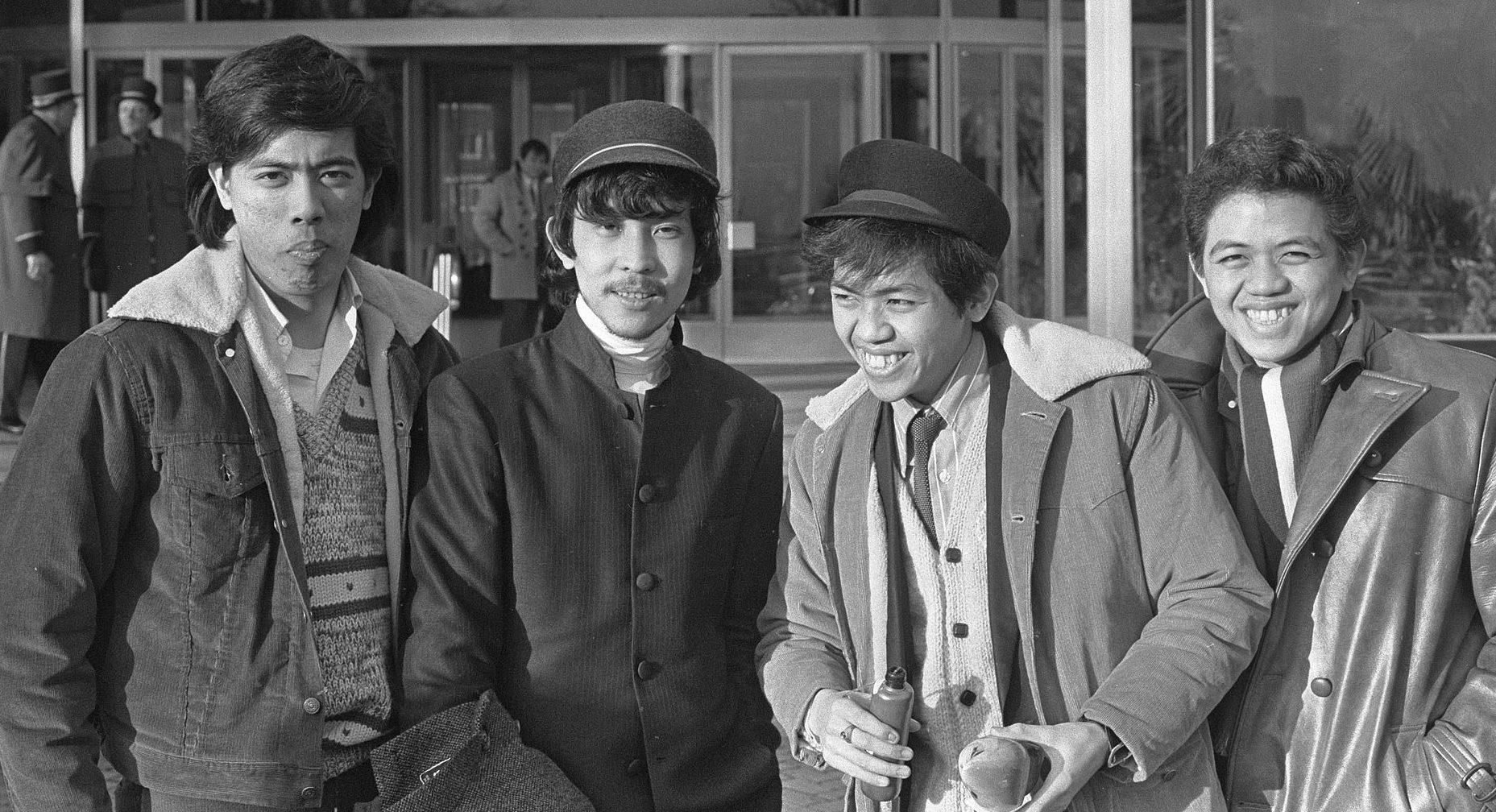 Danny Diaz & The Checkmates (including Romeo Diaz on the far right) on tour in Amsterdam in 1969.

They entered into a "Battle of the Sound" contest and conquered various groups, including Teddy Robin & The Playboys, to receive the first prize of a $10,000 recording contract and appearances on radio and TV around the world.

Their hit cover songs include, It's So Easy, Up Up and Away, She's So Fine and Solomon Grundy.

As a soloist, Danny's iconic one-man shows have won the hearts of Hong Kong audiences, who consistently fill up any venue where Danny is performing.

Danny has an impressive repertoire that includes rap, classical, bluegrass and musical theatre. Indeed, as anyone who has ever been to his shows can attest to, Danny's rendition of Phantom of the Opera's Music of the Night is an epic experience in itself!

Danny is also a prolific songwriter. His original single, Whatever Happened to Romance, which was written after he had witnessed a couple break up during one of his performances, climbed to number four on the Canadian AC charts.

While there is no doubt that Danny has an exceptional singing voice, his energy, passion, dynamic personality and warmth of spirit are what really capture his audiences. These qualities, honed from decades of professional experience, are what make him a truly masterful performer.

Coaching classes with Danny will involve students stepping outside their comfort zones and being open to fun and exciting challenges. Students should be prepared to sing, be inspired and have a great time!